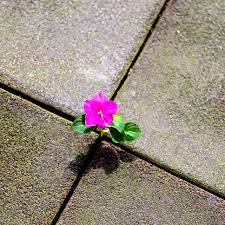 Yesterday, I met up with an art director friend, Magin, with whom I am writing a graphic novel about his family’s struggles with mental illness. It is an important story to share so that people can  empathize and understand what indifference and lack of awareness and knowledge about mental illness can do to a portion of society who suffer and who quite often are driven to suicide.

Anybody who has been afflicted with mental illness know how suicide can be very attractive action to consider, to end the pain, the confusion, the extreme highs and the lows and the paranoia and excessive and repeated actions that one may partake in obsessively.

I have also considered to take my own life while I was mentally unsound, at the onset of bipolar disorder in 1998. I was in pain over the discovery of my then husband’s office romance and was already depressed because of mother-in-law and financial issues and  maybe I was also suffering from post-natal blues. In my confused state I thought that I should set my flat on fire. I had locked myself in my bedroom and threw books, clothes and what-nots into a pile and was searching unsuccessfully for a match or lighter. I gave up looking and thought I should just take out all my clothes and don an all-white prayer garment and lay on the prayer mat facing the kiblat or Mecca. I asked God to take my life. Minutes later and still being conscious, I reckoned it wasn’t time for me to die yet.

The nearest to suicide was several years later when I went as far as sitting at a jetty, having crossed the railing to sit at the very edge. I asked myself if I dare jump in as I had two near-drownings in the past and still have a phobia. Good samaritans called the police and I was arrested by the men in blue and ended up detained in the Institute of Mental Health (IMH).

Recently, in depression I also had a passing suicidal thought that maybe it will be better for everyone if I died. This was after I was asked to take a break from work as I still was on the manic side of my mood disorder.  The directive from my boss brought my mood down till I was  too depressed to go through the daily motions of living luckily just for two weeks.  The suicidal thought was a brief feeling which I did not entertain much but it troubled me that having fought this bipolar battle for 20 years, it is not an idea that can be easily dismissed. I felt guilty for sharing my suicidal thought with my daughter and scaring and troubling her and felt like a bad mother.

I thought of all my friends and the people that I know who toyed with suicide ideation, those who succumbed to suicide and the people they left behind, in great emotional pain that cannot be imagined.

What can be done to prevent suicides from occurring and devastating lives?

As a mental patient, what I need to stay clear of this action is to remember first and foremost that life is a sacred gift from God that I am responsible to take care of. Cherish life with all its beauty and its challenges and always think positive come what may. As a caregiver or friend you need to encourage this feeling of joy, wonder and gratitude towards life and listen patiently with understanding and not rebuke or look down on the patient who is suffering greatly already.

Suicide happens when a person has lost all hope for happiness and goodness in his or her life and has decided to close the chapter in one swift stroke through a mode of exit or death. Many say it is a selfish act as the person will leave a legacy of pain on the loved ones. Perhaps if it has happened, friends and family should forgive them, pray for them and move on.

They have to stop thinking of “what ifs” and  “whys” and move on. Yet as my friend Magin whose son jumped to his death while serving his National Service in 2013, it is not easy to move on. His son Ganesh had paranoid schizophrenia and was facing unwarranted pressure while in service because of his condition and was having a relapse.

As human beings we should love our fellowmen and understand each other by being kind, concerned and helpful in whatever ways we can. Life can be a pain, but it can be a great joy if we appreciate each other and motivate one another to go through our challenges together.

We are on earth for only just a while, let us make it easier for each other to  make this journey together till death do us part. Never question too much nor dwell too much if our beloved decided to end his life too soon. God is Great and He is All-Knowing and All-Merciful and All-Forgiving. We trust this and life must go on irregardless of unhappy happenings.

For me, I am not so confident that I can fight suicidal thoughts in the future but I pray daily that I will leave this earth in a blessed way and my family will be at peace. I extend this prayer to all my friends and relatives and everybody who ever journeyed on this beautiful planet which is also a brief place of tests and tribulations. Ameen.